Share on facebook
Share on twitter
Share on linkedin
This is a great blog by our friend Dr. Greg Barnett. In an attempt to create better, more inclusive hiring practices, we want to share his ideas regarding bias in the hiring process. Understanding the Primacy and Regency Effects (and using great HRTech like PerceptionPredict), will help hire better, find talent, and grow revenues. ~Brandon Kinsey

Will Rogers is famous for saying “You never get a second chance to make a first impression.”  This is a sentiment that is carefully heeded by all serious sales job candidates and its importance is reflected in the hundreds of articles written by talent gurus trying to help job seekers nail that next opportunity. But the wisdom on leaving the right impression doesn’t stop there.  Many experts and well-known career websites also provide in-depth guidance on “how to leave a lasting impression” and still even others suggest “your last impression is as important as your first impression.”

Wow, let’s face it.  The big conclusion is that impressions matter a whole lot in the sales hiring process.  And it seems that what matters most is what we do first and what we do last.  But what about all that “stuff” sales candidates do in the middle?  The extensive interviewing, question answering, and conversations that take place between the first time and the last time?  Is that all meaningless?  Unfortunately, the experts are right, but not for the reasons you might think.  They are providing sage advice designed to take advantage of two well known and related cognitive biases… The Primacy and Recency Effects.

The Primacy Effect and the Recency Effects Explained

The Primacy Effect is a bias that refers to our tendency to remember the first pieces of information we hear rather than information we hear later.  So first impressions matter because our brains are more likely to recall those first interactions with people rather than information that comes later in the process.  This can be good or bad news depending on what that first interaction is like.  If a sales candidate starts with a joke, you will likely remember their humor more than the job-related information you are seeking in the interview.  On the other hand, if a well-qualified sales candidate shows up late or makes a typo on a resume, despite all other signs pointing to potential excellence, that one event or mistake may remain salient as a reason to disqualify them.

The Primacy Effect also rears its ugly bias head when interview order affects our judgment of talent.  For example, when we interview several sales candidates on the same day, we are more likely to remember the first candidate and for this reason, they will likely be the standard by which all other candidates are evaluated.  This means that much better-qualified candidates may not receive a fair evaluation because they are simply interviewing later in the process.  In the immortal words of Ricky Bobby (of Talladega Nights fame)  “if you ain’t first you are last.”

Whereas the Primacy Effect is about the information that came first, the Recency Effect is a bias about the information we see last.  It probably comes as no surprise that we tend to remember information and events that we have most recently being exposed to. As such, it turns out that it is important to leave a lasting impression, even though it shouldn’t be. Similar to the examples for the Primacy Effect, when interviewing sales candidates, you are more likely to remember the last interaction better than any others.  So when it comes to decision-making time, it is easy to make a biased decision based on what is easier to remember, perhaps that candidate closing on a high note, rather than all of the other signals related to job performance potential you should be evaluating.  Conversely, if a sales candidate misspeaks, tells a bad joke, or decides to get serious about compensation requirements, that last interaction could lead to talent decision-making that goes astray.  And let’s not forget the misfortune of being candidate 3 out of 5 to interview on the same day.  They may have to shine very bright to be fairly evaluated against that memorable but potentially less-qualified, final candidate of the day.

The Primacy and Recency Effects are cognitive biases that hurt our ability to make high-quality decisions and damage organizations’ abilities to fulfill their diversity, equity, and inclusion objectives.  Working in concert, they lead to decisions that have little to do with future job success.  Being the first or last candidate shouldn’t impact someone’s ability to get a job, but it does.  And first and last impressions aren’t what predict job performance, it should be all of the important job-related information that is being covered in the middle.  There is nothing wrong with making a strong first and last impression, but as hiring professionals we need to erase this bias and make our decisions on objective, job-related information.

The Primacy and Recency Effect are powerful human biases that can do great harm to  salesforce quality and diversity.  Luckily, there are tried and true methods for erasing their effects, and investing in them is a small cost for the value they return.  Want to learn more?  Check out these articles by ERE Media,  the Decision Lab, and Verywellmind. 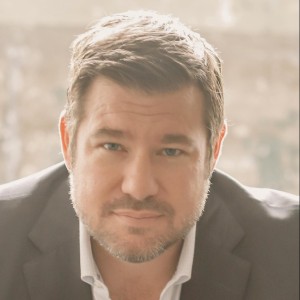 Brandon’s experience lies in coaching, leadership, team building, and strategic planning. With a social science and leadership background, Brandon has over 19 years of experience coaching individuals and teams. He has a proven track record in driving sales and bottom-line results through relationships, team building and project management execution. Brandon is passionate about empowering leaders with the playbook to uniquely build their teams. Your Strategy Will Help You Retain Employees if You Do This